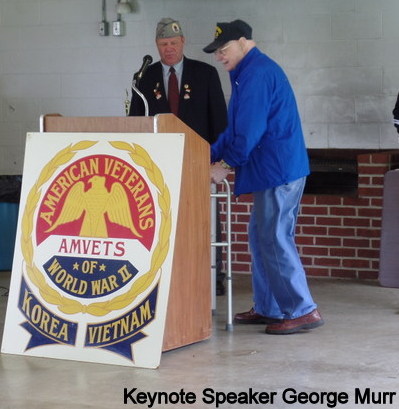 I was recently honored with an invitation to visit Post #19 Lancaster Pennsylvania for a Memorial service to commemorate the 71st Anniversary of D-Day. This event was hosted by the Sons of AMVETS Squadron #19 but as with all successful events the AMVETS and Auxiliary were involved in the event.

The Keynote Speaker was George Murr a WWII Veteran and driver of a landing craft on D-day. George enlightened us on his career in the service. The other guest speakers were the local Senator Lloyd Smucker and Lancaster Chief of Police Keith Sadler.
General Eisenhower said in his famous speech “The eyes of the world are upon you” what most people don’t know is that the General also wrote the following letter and stuck it in his wallet.

“Our landings in the Cherbourg-Havre area have failed to gain a satisfactory foothold and I have withdrawn the troops. My decision to attack at this time and place was based upon the best information available. The troops, the air and the Navy did all that Bravery and devotion to duty could do. If any blame or fault attaches to the attempt it is mine alone.”

Fortunately he never had to use that speech. It is hard to imagine the magnitude of the attack that day. Over 156,000 troops 5,000 ships and 13,000 aircraft took part in the invasion. I would like to share a story of a small mountain community in Virginia and how D-Day affected them. The town is Bedford a community of around 3,000 in the 40’s. Company A was formed and provided to the 29th Infantry Division made up of local men. On D-day there were 30 of them with the Big Red One Company A of the 116th Infantry. When the Day was over 19 of the thirty were dead. Two more died later in the Normandy campaign along with two more assigned to other 116th Infantry companies. Almost everyone in the community was directly affected by the losses. Congress warranted the establishment of the National D-Day Memorial in Bedford to honor their losses and to represent all the losses in all communities large and small across the Nation.

Immediately following the ceremonies the Sons hosted a fellowship picnic complete with horseshoes and a band. I believe a great day was had by all! 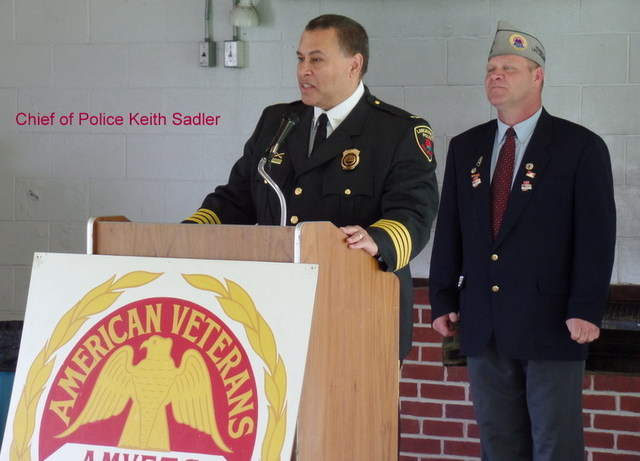 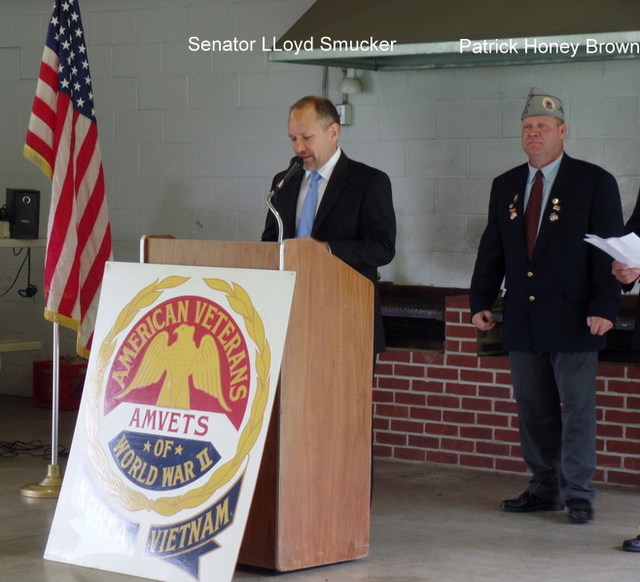 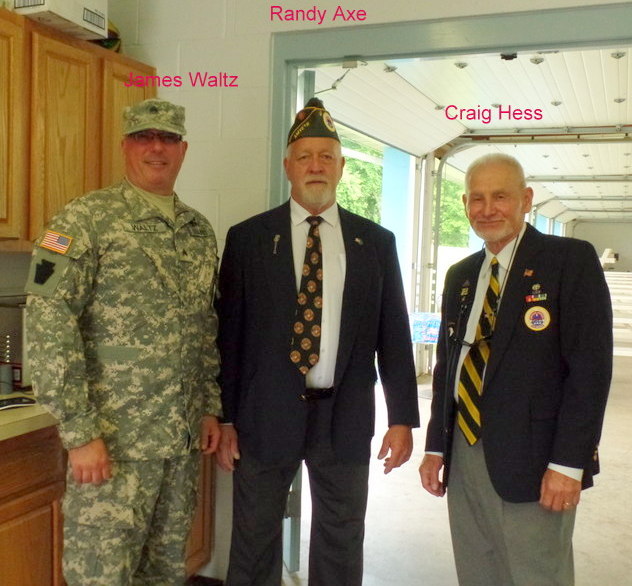